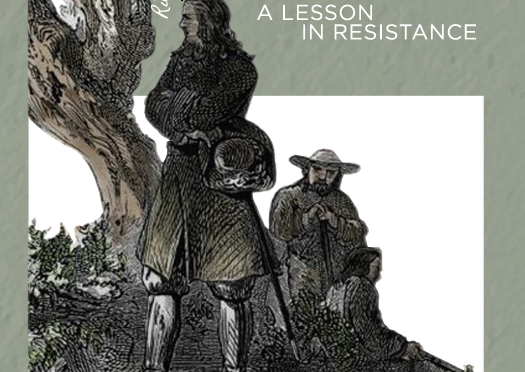 ouis XIV, the self-proclaimed « Sun King » decided to cancel the Edict of Nantes signed by his grandfather, he thought that French Protestants had given up after nearly a century of persecution and discrimination.

Little did he realize that this cancellation and the brutality that ensued to enforce the banning of protestant worship would ignite the first modern guerrilla war, known as the War of the Camisards.

All through the Cévennes, a rough, rural mountainous landscape, simple peasants took to arms to defend the free exercise of their religion from oppression. Bands of locals, helped by villagers and galvanized by travelling prophets, harassed the mighty dragoons and won a number of battles.

Richard Maltby, retired professor of history at The King’s School, Canterbury, takes us through the villages, towns and hideouts of the Huguenots and follows their resistance to tyranny. His book shows the clear link and shared ideas between the Camisards who fought Louis XIVth and their descendants who hid Jewish children and fought Nazi occupation forces in World War II.