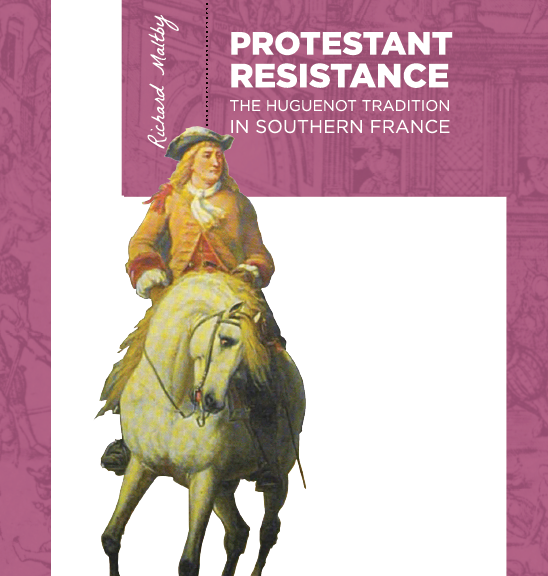 Strategically located between the Mediterranean and the Atlantic Ocean, the South of France has always been a melting pot of people and ideas… No wonder then that as soon as the Reformation started, it received an enthusiastic welcome in many of the towns and villages and soon swept most of the Southern half of France.  In many of these villages, the descendants of the Cathars and the Vaudois had been living quietly and were among the firsts to join the new churches.

But challenging the spiritual, and in some cases the secular, power of Rome wasn’t without danger; soon the “heretics” were being persecuted, harassed and burned with their seditious books.  As the French Kings (with the notable exception of Henry IV), sided with the Pope, a culture of resistance developed and has remained to these days.

Richard Maltby, retired Professor of History at King’s School in Canterbury, takes us through the villages, towns and hideouts of the Huguenots and follows their actions of resistance to tyranny, from the Renaissance to WWII. His book shows the clear link and shared ideas between the Huguenots who fought Louis XIVth and their descendants who hid Jewish children and fought nazi occupation forces.